To this day, the traditional Chinese lunisolar calendar is used in China to solemnise annual seasons, some national holidays, and to celebrate individual birthdays as well. The Gregorian calendar year of 2017 can be calculated equal to the Chinese year of 4714 which dates back to the first year of which it is traditionally said that it was then when the Yellow Emperor ascended the throne in ancient China.

Year of the Rooster 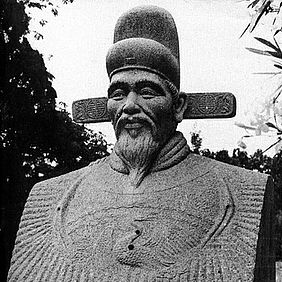 From his activities closely connected with nature, man learned to measure time according to the regular changes that can be observed in nature. Thus, the tropic year, which indicates the annual seasons, the synodic month, which is based on the change of the lunar phases, and the solar time, which varies in length, were combined to appropriate chronometric units. A calendar based on these factors is commonly referred to as lunisolar, while a solar calendar only takes into account the changes of the tropical year, and the lunar calendar is invariably fixed for twelve synodic months each year, the lunisolar calendar combines these various factors.

The history of Chinese calendar science is long and occupies an important place in the history of astronomy. Of the oldest systematic Chinese calendars from the 3rd and 4th centuries BC, fragments are still preserved, which continue to be subject to scientific investigations. Of great importance for the ancient calendars was, of course, the precise announcement of the seasons. The identification of the winter solstice is a particularly important factor. The measurement and documentation of the shadow of a gnomon at fixed, recurring times was the method of choice worldwide, in ancient China as well. The earliest data on the shadow length of the gnomon on the day of the winter solstice in China are given to us from the period of 655 - 522 BC.

In the 5th century BC a calendar was introduced in China with a tropical year of 365.25 days. At that time, it was the most accurate calendar in the world. It set seven leap months for a cycle of 19 years, while the synodic month was set to exactly 29.53085 days. This was a remarkable precision for ancient conditions. Due to its inaccuracy, though, the tropical year has been shortened several times over the course of the following millenia. At the end of the 16th century during the time of Matteo Ricci in Ming Dynasty, the astronomer Xing Yunlu (邢云路) finally built a 20-meter-high gnomon establishing the value of 365.242190 days for the tropical year. This was at that time the most accurate indication, which does not deviate from the modern calculations by more than 0.000027 a day.

Since Chinese calendars are lunisolar calendars, switching months and solar periods play a significant role in Chinese calendaring science. For the adaptation between the tropical year, the synodic month and the solar day, it was necessary to have leap months because the period of 12 synodic months is not identical with the tropical year, but about 11 days shorter. Reference points for calendar variations were usually the stars at the zenith and the paw of Ursa Major. Before the 7th century BC in China, the activation of an additional month usually took place whenever it was perceived as necessary by observations. Switching months were then simply attached to the end of the year. Additional knowledge of the adaptation between the synodic month and the tropical year was gained through experience, which later resulted in the 19-year-principle with the seven shift months.

Another feature of the traditional Chinese calendar is the invention of the solar period system. China's lunisolar calendar is divided into 24 so-called solar periods. Since these periods refer to the ecliptic positions of the sun, they represent good seasonal indicators. The solar periodic system is due not least to the observations of Chinese farmers. Available documents suggest that the 24 peasant solar periods were gradually recognized around the 3rd century BC. They are still highly valued by farmers to our days (Chen 2001).

The following table lists the 24 solar periods of the traditional Chinese lunisolar calendar and presents them to the Gregorian calendar days of 2017:

This unique system of the 24 solar periods also testifies to the high level of Chinese calendar calculations, as well as to the high accuracy of their calendars and the adequate means invented by Chinese astronomers to adapt the synodic months to the tropical year. The traditional Chinese calendar science has made an important contribution to the research in this branch of astronomy.