In this article written by Manfred Nitsch and Frank Diebel the micro-foundations of the Chinese growth model are analysed within a comprehensive monetary theory of economic development, based on Schumpeter, Keynes, and the contemporary monetary Keynesians. The Confucian traditions and the Leninist party power structure are identified as the main specific traits of the social formation in contemporary China. 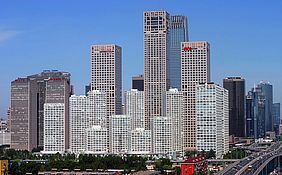 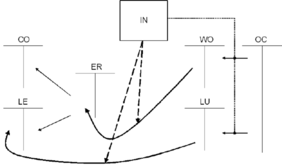 In the capitalist mode of production, money sets the stage, and the interplay between private creditors and debtors is bundled into a coherent, dynamic whole by the central bank in the economic sphere and by more or less democratic institutions in the political arena. Combining the reproductive, care-taking traits of socialism with the entrepreneurial dynamism of private property and, above all, with the design and enforcement of overall social and economic coherence through the "vanguard" Communist Party makes an unique and ingenious institutional Chinese set-up. The constitutive character of Guanxi - the magic word for trust, confidence, reliability, righteousness, mutual benefit and cosmic order - for the working of the whole Chinese economic system is identified and described.

The recent economic growth story of the People’s Republic of China is not yet fully understood. Consequently, the amazing increase in national income over the past 40 years is still a matter of debate among economic theorists. Recent research has shed some light on the macro-economics of economic growth in China, concentrating on the export drive via an undervaluation of its currency ( Priewe 2005, Herr 2002). In this paper, the micro-foundations of the Chinese growth model are analysed, much in the same vein as Priewe (2005) and Herr (2002), namely within a comprehensive monetary theory of economic development, based on Schumpeter, Keynes, and the contemporary monetary Keynesians such as Hajo Riese, but adapted to the Confucian traditions and the contemporary Leninist party power structure in China.

The beneﬁt of a Monetary Theory of Development and Underdevelopment in contrast to other theories of economic growth is that it does not take growth for granted but encompasses also stagnation and underdevelopment, emphasising the social division of labour and in particular the institutional set-up of the monetary sphere. Instead of referring to time-preference for future consumption, »animal spirits«, and mechanical incremental capital-output ratios, with secure private property rights, a rule of law, and the vector of real resources as the dominant budget constraint, as in neoclassical theory, money, in a very broad sense of the term, is considered here to be dominant in any contemporary economy, so that macro as well as micro ﬁnancial issues become crucial variables, from crashes and hyperinﬂation crises to mercantilistic reserve accumulation strategies. All the more, a phenomenon like spectacular growth in China, where many of the much-invoked »preconditions« of development in a functioning capitalist market economy are conspicuously absent, presents a formidable challenge to economic theory-building, particularly for developing and transition countries. In the following section, the Schumpeter-Keynesian growth model is sketched out, with a view on whether and how it could be applied to contemporary China, whose basic economic structure is brieﬂy characterised in section 3. In stark contrast to the transition path of Russia and other formerly socialist economies, a loss of coherence could be avoided due to the perseverance of the Communist Party. Finally, scenarios for future developments and some theoretical lessons learned conclude the paper.

[ This article continues on ResearchGate. ]

Read the Full Article on ResearchGate